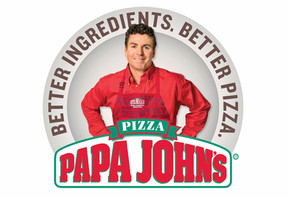 According to Restaurant News Resource, the Papa John’s Franchise Association (PJFA) today announced it has engaged internationally-recognized franchisee attorney, Robert Zarco, founding partner at the Miami litigation firm of Zarco, Einhorn, Salkowski and Brito. The goal of the engagement is to arrest the ongoing decline in sales that began following Papa John’s founder, John Schnatter’s criticism of the NFL over the handling of the players’ protest of the perceived discrimination against African Americans by kneeling during the national anthem.

“Having exhausted all other options, the association feels it has been left with no choice but to conduct an investigation and rectify the root causes behind the steady decline in its member’s store sales,” said Vaughn Frey, Papa John’s Franchise Association Board Chairman.

In May, Schnatter’s use of an abhorrent racial slur during a media training session with the company’s marketing firm became public, subsequently revealing a pervasive, toxic culture at Papa John’s that includes sexual harassment claims, confidential settlements and a bitter, public feud between Schnatter and the brand to regain control of the company. The actions of the founder have resulted in the termination of valuable sponsorship agreements between Papa John’s and several sporting organizations and a negative public presence that has harmed franchisees’ businesses.

Meanwhile, the PJFA believes that its members have been left to fend for themselves in the midst of all of this turmoil.

“Our members have sustained tremendous financial losses and a decrease in sales at the store level after Mr. Schnatter’s controversial comments,” said Frey. “As the Founder of the Company and its CEO, Mr. Schnatter understood the significant investment that the Company made in promoting the brand through the NFL and the sponsorship deals with several prominent sports organizations. His comments about the NFL during the Earnings Call and his use of a racial slur in the media training session with the Company’s marketing firm have significantly harmed the brand and our membership’s store sales.

Mr. Frey continued, “The brand image has been severely tarnished by the continuing negative press coverage surrounding Mr. Schnatter and his dispute with the Company. He has put out his version of the truth on his website and has given several interviews on this issue which has kept the negative press coverage going. We are trying to move on from the controversy, but it is hard to do that when there is a new story being put out every other day about new developments relating to Mr. Schnatter and Papa John’s.”

Mr. Zarco has initiated an investigation into these matters to determine what action should be taken for the franchise owners to recover their losses and protect their investments from further damage.